Page Bros Group >Uncategorized >The Legend of the 7 Golden Vampires.

The Legend of the 7 Golden Vampires. 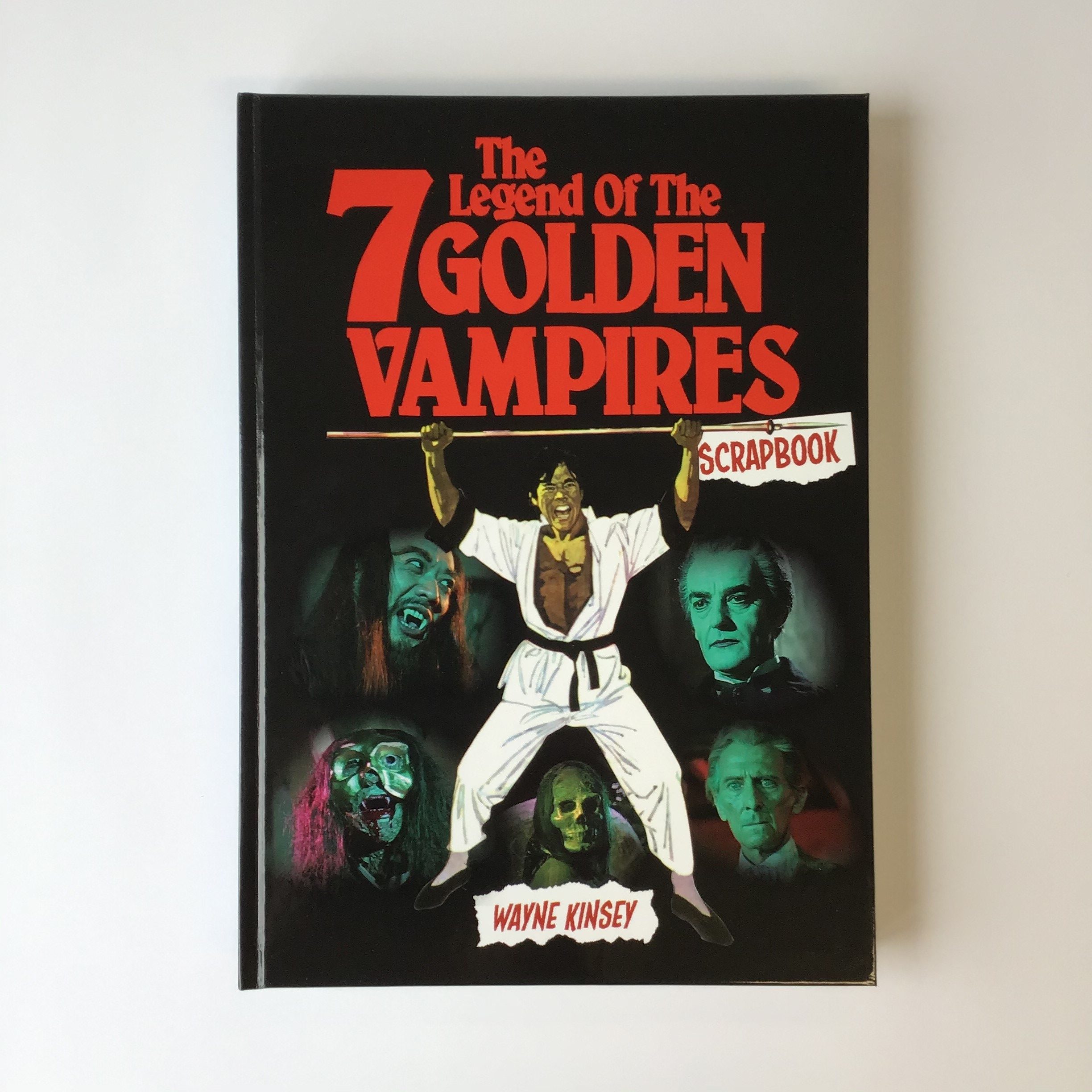 This is a very special book in Peveril Publishing’s Hammer scrapbook series, which covers an interesting cult Hammer film that was made as a co-production with Shaw Brothers in 1973, who at that time were the world’s leader in martial arts films. Hammer decided to combine Dracula with the then popular kung fu craze bringing back Peter Cushing to play prof. Van Helsing, who joins forces with a family of martial arts experts to rid their village of the 7 Golden vampires that Dracula now commands.

The film was made at Shaw Brothers Studio in Hong Kong and the clash of East vs West gave the film a rocky but fascinating production history.

What makes the book special is that it contains Peter Cushing’s personal  annotated script. He was a very meticulous actor and his scripts were full of his notes, sketches and water colour paintings of costume design suggestions. In later life he would often tear them apart for scrap paper and this is probably his only Hammer script to remain intact which gives great insight into his preparations for his last performance as Van Helsing on screen.

The book also contains director Roy Ward Baker’s annotated script, notes, production memos and schedules giving a rare insight into the making of the film. The book comes to life again from the stunning design by Steve Kirkham and printing here at Page Bros.

The book is available here: https://peverilpublishing.co.uk/the-legend-of-the-7-golden-vampires-scrapbook/