Page Bros Group >Group >One Shot: The Making of the Deer Hunter

One Shot: The Making of the Deer Hunter 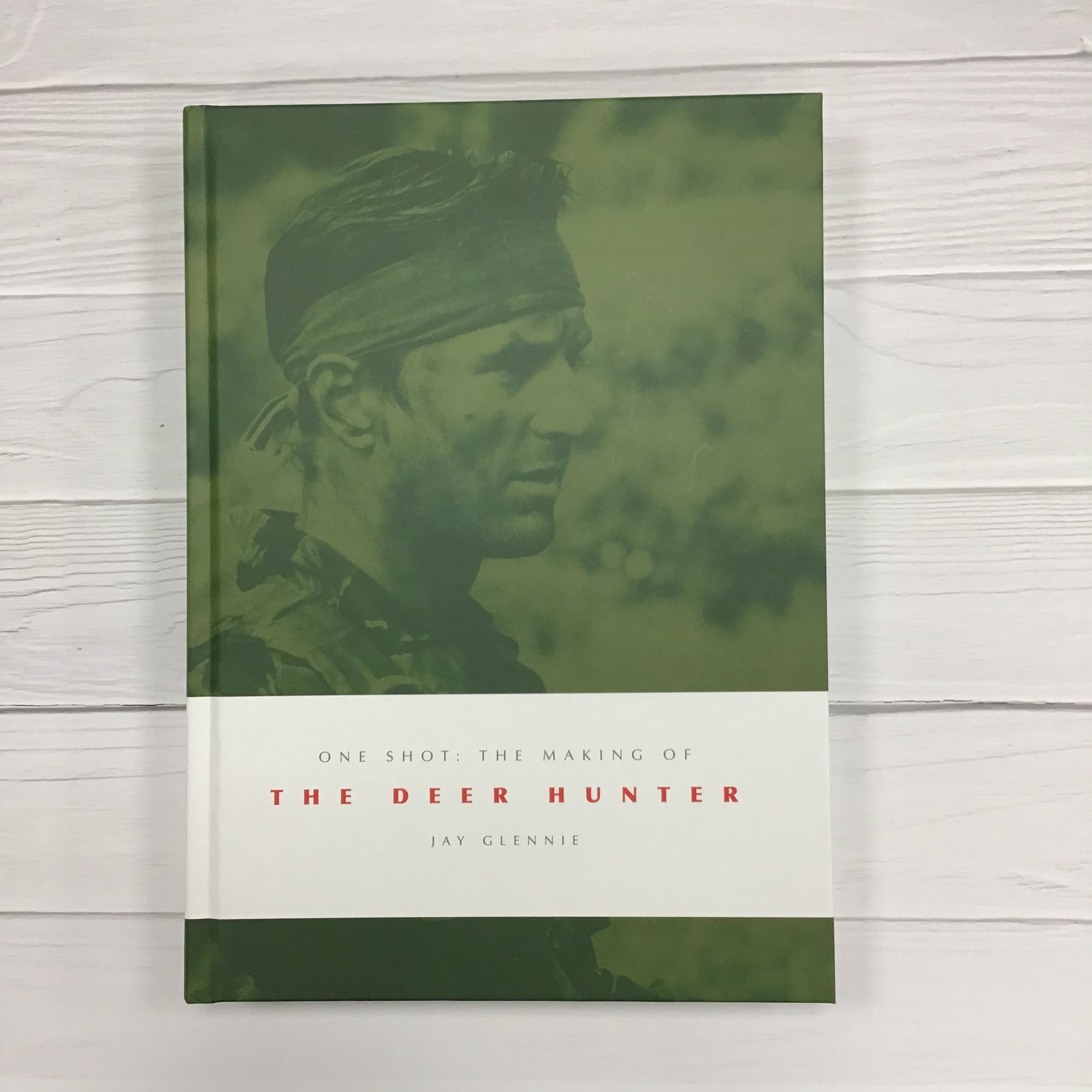 One Shot: The Making of the Deer Hunter is the latest book written by film enthusiast Jay Glennie, published by Coattail Publications – we have had the great privilege of printing it! The books are a limited edition, with only 1979 copies being produced.

2019 marked 40 years since the release of the iconic film The Deer Hunter, which to this day is deemed a cinematic masterpiece. The story is based on the Vietnam war and is widely recognised as having defied the odds to shape film history in its traumatic depiction.

The large format book takes a comprehensive look at the British landmark film. Released to celebrate the film achieving the most coveted of film awards, the ‘Best Picture Oscar’ of 1979 One Shot includes exclusive interviews with the legendary cast and crew, including Robert De Niro, Meryl Streep, Chris Walken, John Savage and many more.

When researching information for this exclusive case-bound book, Jay was granted unparalleled access to the Robert De Niro Archives, meaning that we are treated to over 200 beautiful pages containing many unseen set photographs, early posters and adverts, original annotated scripts, costume lists, research books, scouting reports and much more.

When asked why Jay Glennie decided to write this book, he said:

“First and foremost, I am a huge Robert De Niro fan. His films were, and are, my holy grail growing up… The Deer Hunter was a particular favourite of mine from Bob’s early films. I knew of the controversy of the politics and also regarding the length of the film, but it wasn’t until I began to interview the producers that I understood the making of the film had been almost as bloody as the actions depicted on the screen – I knew there was a bigger story to tell. Knowing that it was 40 years since the film was awarded the ‘Best Picture Oscar’, it seemed the right time to explore a book on the film, in particular a large format book festooned with imagery.”

Jay even had the great privilege of meeting Robert De Niro and presenting him with a copy of the book.

He later thanked us for the service and quality of the books we produced:

The books are still available for purchase here.