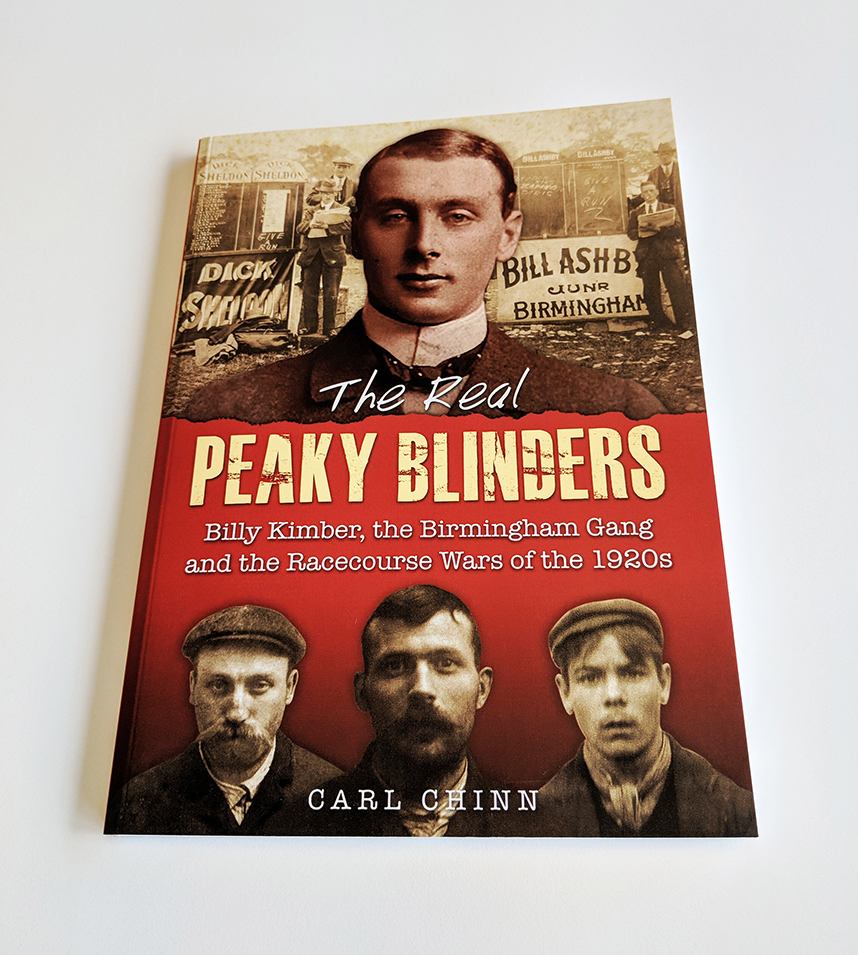 For diehard fans, there’s no getting enough of Peaky Blinders. The award-winning television drama, set in Birmingham after the First World War, follows a criminal gang so named because of the razor blades hidden in their caps.

The series was inspired by the vicious gangs of pickpockets and thieves who terrorised the city from the late 1870s and were known as slogging gangs or peaky blinders. The name gained national notoriety and, a century later, sparked the imagination of the show’s creator, Birmingham-born Steven Knight.

Now historian (and fellow Brummie) Carl Chinn has written a fascinating account of the real stories behind the hit series, stories that are every bit as gruesome and compelling. So if waiting for series 5 is proving difficult, why not get your hands on a copy of The Real Peaky Blinders, hot off the Page Bros’ presses?

You’ll discover how Thomas Shelby’s arch enemy Billy Kimber is no piece of fiction. He was in real life a local man, whose fearsome violence and captivating personality won him the leadership of the infamous Birmingham Gang.

Full of photographs and meticulously researched, this book is packed with eye-witness accounts of the brutality meted out by Kimber and his rival gangs: the original Peaky Blinders.