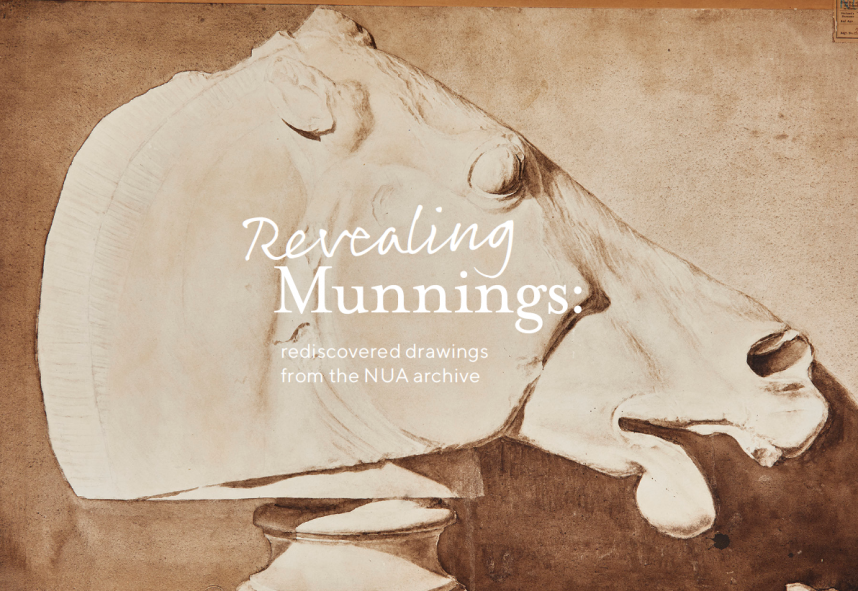 The early works of one of Britain’s best known artists – and Page Bros’ most celebrated apprentice – have gone on public display for the first time.

Sir Alfred Munnings is renowned as one of this country’s finest painters of horses and people. His formative years were spent honing his talents in Norwich. In 1892 the teenaged Munnings began a seven-year apprenticeship as a lithographic poster artist at Page Bros. While learning the artistic and technical skills of lithography, he attended evening classes at Norwich School of Art (now Norwich University of the Arts).

Fourteen of his drawings have recently been rediscovered in the University’s archive. They date back to Munnings’ early years as a student there, and show his emerging expertise in capturing human and animal form.

Following his apprenticeship at Page Bros, he realised his ambition to make a living as a full-time artist. In 1899 – just one year after producing some of the drawings now on display – two of Munnings’ paintings were shown in the Royal Academy Summer Exhibition in London.

NUA has launched a public appeal to raise funds for the specialist conservation work needed to preserve these pictures. The drawings will then be remounted, framed and shown again as part of a major exhibition in 2019 to mark the 60th anniversary of the artist’s death.

Munnings was knighted in 1944 and made his home in Dedham, Essex. After he died, the house was opened as a museum of his work and thrives to this day. Director of The Munnings Art Museum, Jenny Hand, attended the opening of NUA’s exhibition and said: “I am delighted that this exhibition offers the opportunity for people to see these formative drawings by Munnings in advance of their conservation. Munnings is certainly one of the finest in East Anglia’s long tradition of great artists. NUA is undertaking such valuable work in preserving these sketches to inspire future generations.”

The exhibition is on display at NUA’s East Gallery until Saturday 17th February.